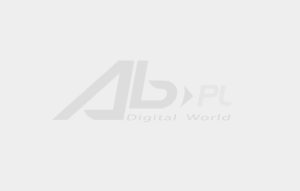 The 10th edition of the AB Roadshow is scheduled to take place in April. Over 2,500 people in 63 Polish towns and cities have been trained over the last five years. This year’s anniversary cycle of conferences will by accompanied by a change in the form of the event. Modern Office: A Comprehensive Offer for Small […]

Over 2.8 billion PLN of turnover was generated in the first half of the fiscal year 2012/2013 by the AB Group. This marks a growth by 20% when compared with the corresponding period of the preceding year. The AB Group, one of the largest IT distributors in Central and Eastern Europe, reported 2.852 billion PLN […]

The AB Group was awarded with the prestigious title of Central & Eastern Europe Distributor of the Year 2013.  The award was presented during the conference Distree EMEA 2013, the largest event for IT industry representatives. At the EMEA Channel Academy: 2013 Awards gala, ten regional distributors were presented with their awards. The AB Group […]

Another training programme designed by the AB Competence Centre, in collaboration with the company ZyXEL, is scheduled to start in the second half of February. The free-of-charge workshops are addressed to those of AB S.A. [JSC] business partners that wish to expand their knowledge of technology in the field of switches and network security. ZyXEL […]

AT Computers Named Distributor of Year 2012 in Czech Republic

Sales Champions League, a new training programme designed by the AB Competence Centre, is scheduled to start in February. The workshop is designed for anyone wishing to improve their skills and gain a comprehensive understanding of the most important aspects concerning sales in the IT industry. During the workshop, not only the topics related to […]

AT Computers Awarded by Vendors

AT Computers, a subsidiary to the AB Capital Group, was awarded the title of Best Partner Meetings 2012 by ChannelWorld Magazine. The main criteria for the award included: quality of meetings organisation, atmosphere during meetings and their content. Vendors voted for the companies whose meetings they found most productive for their businesses and which provided […]

AB, the largest IT distributor in Central and Eastern Europe, was awarded the title of Distributor of the Year 2012 by HP. The award was presented for the sales of business computers.  During this year’s Gala for the Partners of HP Poland’s Department of Printing and Personal Computers, HP partner businesses that achieved excellent results […]